We’re working on separating the response of the resource api in two different calls, one which would return static/common content for all the pages in the site (such as header or footer) and one which will return the content for each specific page (similar to the current behaviour, but excluding the content which will be the same for all pages)

Is there a way to separate the delivery api behaviour or to recreate it in a separate URL where a custom response would be delivered while maintaining the current one?

Yes should be possible, however not really recommend. Can you elaborate a bit on why you would like to do this?

You could split up the page layout into 2 pieces. One is the common part, which you could create an api endpoint using routes e.g. /common

and the other routes (/*) are reserved for the other pages in which you only retrieve the content. You will need to build in some custom logic in the frontend to make this work though.

The actual scenario is as follows, when visiting the page “localhost:8080/site/channel/resourceapi” we get a response along these lines: (of course for each of the pages in the site the “content” would change) 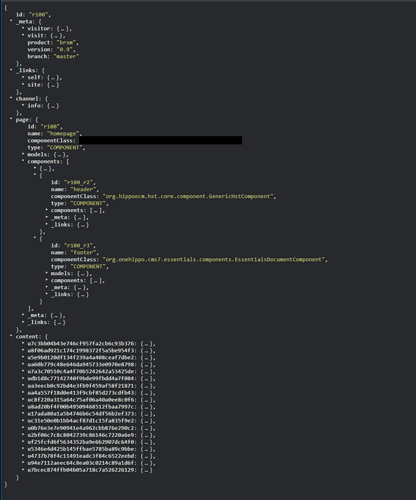 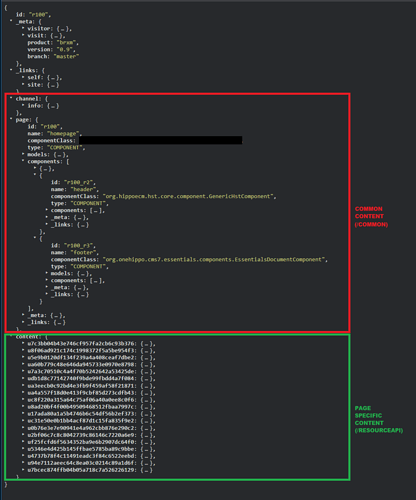 As for the front end custom logic, is something we already had in mind, still, thanks for mentioning it