Since upgrading from v13 to v14 we had to adjust some of our permissions to allow users to access the menu options as they either stopped having access or they could embargo content but then the embargo menu would disappear. That was fine, but we’ve subsequently discovered that embargoed content is still visible to all users within the CMS, so is basically useless.

It’s not a version issue (we’re on 14.7.3 right now) as I created a blank projected and added the plugin and it works as expected. I’ve been trying to figure out which permissions might be causing the issue - has anyone experienced a similar issue?

have you tried the “View Permissions” option bellow the “Node” menu in the console for a document under embargo? Select the desired node and view for a certain user from which domains the user gets rights. 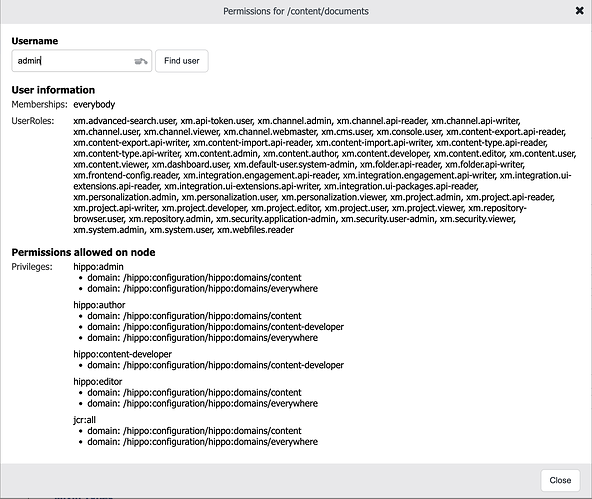 I haven’t, thanks Lef, I’ll take a look